Director of Drama studies Dr. Sarah Fanning saw an academic area of opportunity at Mount Allison that she felt would be beneficial and interesting for students — screen studies. An area of interest and expertise for Fanning, she spearheaded the addition of an interdisciplinary screen studies and popular culture minor in the past year to Mount Allison’s 50+ academic program offerings. One of the new courses this term is Adaptation: Page to Screen, which looks at film and television adaptations of narratives, including fiction, history, and true crime. Recently she collaborated with Math & Computer Science assistant professor Dr. Matt Betti as part of a true crime module that looked at the film Zodiac about the Zodiac Killer.

“I am very big on interdisciplinarity and finding ways to collaborate across all the faculties,” says Fanning. “I knew that Matt did coding and the Zodiac Killer was known to send codes to the press, so we wanted to apply the science of decoding and deciphering to dispel the myth that the Zodiac Killer was so intelligent that nobody could crack his codes.”

Fanning says that film and television adaptations often take creative license, even when based on a true story, which leads to myths and misinformation about the subject matter. The film Zodiac plays up the dramatic aspect of code breaking and viewers walk away thinking he was never caught because he was smart. Betti helped demythologize that idea.

“The killer was framed as so intelligent that even government agencies couldn’t break his codes, but in reality he just made up his own code, so anyone who could follow his cryptograms could figure them out. The difficulty was not in their complexity, but in their inconsistency.”

Betti explains that the idea of making codes is to talk secretly with someone else and the best way to do that is to have consistent rules that are known by both parties.

During the class collaboration, Betti gave the students some of the Zodiac ciphers to decode and taught them how to fill in some of the letters based on statistical probabilities.

“In my work in applied math, I have lots of tools to use to apply to any given question. I am in a privileged spot to see lots of connections where others may not. In speaking with these theatre students, I hope I showed them how they may also see these connections as well.”

Drama and screen studies and popular culture student Zoë Cameron, who is also President of the new Screen Studies Society, says the class collaboration with Dr. Betti really contributed to the interdisciplinary nature of the program.

“Dr. Betti linked his skills to our film that week [Zodiac] clearly and it ended up being a very engaging and interesting class,” says Cameron. “I didn’t think it was possible for me to decipher a code, but I ended up doing it anyway. It took so little time to teach us something entirely out of our realm and that was a huge takeaway of the term.”

The class was made up of primarily of Fine Arts, Drama, and English students. Fanning believes this lesson provided them with a diversity of education and critical-thinking skills.

“These students are traditionally much more abstract thinkers, so it was cool to have them follow this sort of logic to solve a problem.”

Read more about Screen Studies and Popular Culture at https://mta.ca/academics/programs-and-degrees/screen-studies-and-popular-culture. 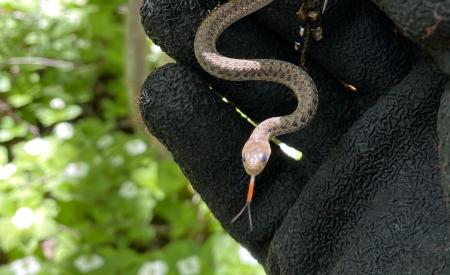