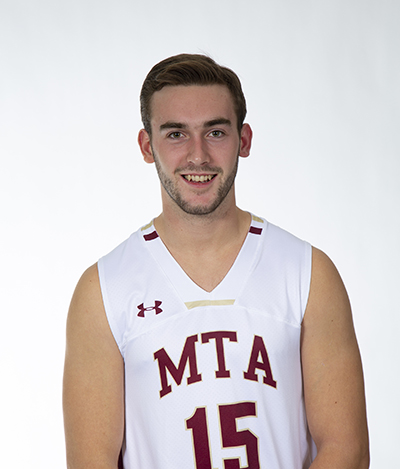 Second-year Basketball Mountie Aram Currie chose Mount Allison because it was close to his hometown of Riverview, NB and he could keep playing the game he loves. He also had the opportunity to continue working with his Riverview High coaches, Mounties’ assistant coaches Gerard Reinders and Mike MacDougall.

“I like small towns,” he says. “Basketball played a big part in my decision because one of my goals was to play university basketball.”

With the Mounties, Currie also got the opportunity to continue playing with his long-time Team New Brunswick teammates Brett Curtis and James French, who are also now his roommates.

Currie began playing basketball when he was eight, encouraged by his mother. He also played soccer, football, and volleyball, but basketball was his main focus. He played for the provincial teams for Riverview as an underaged player and spent four years with Team New Brunswick. In his Grade 10 year, Riverview High won the provincial championship at Harbour Station in Saint John, NB and in each of his three years he was named athlete of the year. 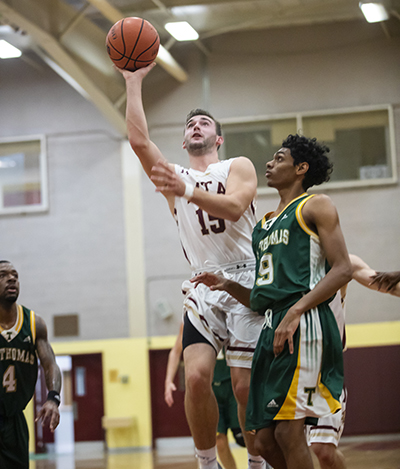 “Playing for New Brunswick really increased my development and helped me improve a lot,” he says.

Currie says he can’t imagine his life without basketball.

“I just love the game,” he says. “Having basketball while in school helps me get rid of stress and growing up with the game, I wouldn’t be able to just stop playing.”

Proving himself early on, Currie was named Rookie of the Year for his team. He has seen even more time on the court in his second season, recently being named Athlete of the Week for strong outings against Dal AC and Holland College, where he scored a combined 31 points, 7 rebounds, and 4 assists. In the team’s final home game vs. STU he put up an impressive 26 points to lead the team to an 85-67 victory.

Currie is studying Science with a major in chemistry and a minor in psychology. He plans to pursue a career with the RCMP after Mount Allison.