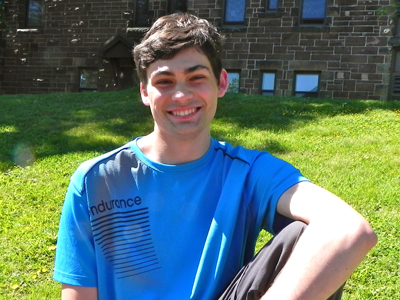 Mathematics and computer science student Michael Bradet-Legris is working this summer in the Marine Macroecology and Biogeochemistry Lab (MMAB) at Mount Allison. He is analyzing data from experiments conducted at Texas A&M University in Galveston. This is part of a project that is sponsored by GoMRI, the Gulf of Mexico Research Initiative, which is examining the effect of oil spills on the environment and public health and was motivated by the oil spill in the Gulf of Mexico.

Environmental science professor and MMAB Lab member Dr. Zoe Finkel is collaborating with researchers in a multi-university consortium that received $7.25 million from GOMRI to study the impact of the oil spill.

“To clean up the oil spill, dispersants were added without really knowing what would happen. We are looking at how marine life is affected when dispersant is mixed with oil in water, particularly the little guys, phytoplankton and bacteria,” says Bradet-Legris.

“It has been great to have Michael working with us this summer. He demonstrates what you can do in an interdisciplinary lab. He comes with lots of great math and computer skills and he is working in a lab with people who do all types of biology research, so he had to learn that material as well. He has done many, many calculations for us.”

Bradet-Legris is glad for the experience applying the tools he knew already and learning new ones.

The experiment running in Texas has large tanks where different scenarios are tested, including the effects of dispersant and oil on specific species. Bradet-Legris is working with huge quantities of data from these experiments in the form of RNA from the phytoplankton.

“My job is basically looking at all this data and figuring out what species were in the tanks. Essentially we look at the ribosomal RNA to see which communities are growing and which are declining because of the environmental conditions. Then we look at the messenger RNA to see how they are adapting. We then compare the results and hopefully will be able to make conclusions,” says Bradet-Legris. 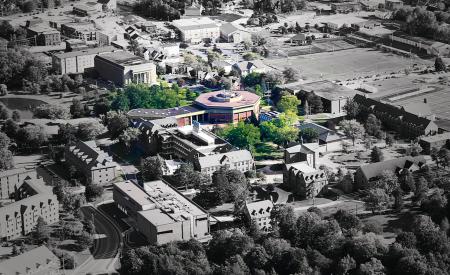