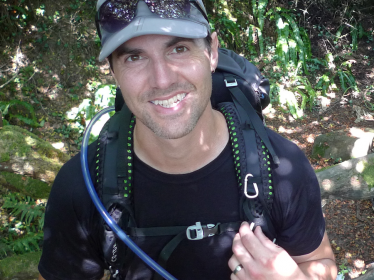 The broad objective of my research is to advance geophysical inversion technology and thereby improve non-invasive investigation of the Earth's subsurface. Geophysical inversion recovers models (three-dimensional spatial representations) of the subsurface that could have given rise to measured data from a geophysical survey, for example, seismic, gravity, magnetic, electrical and electromagnetic measurements taken on airborne systems, at ground level, or down drillholes. Inversion is a computationally intensive procedure, relying on accurate numerical solution of the differential equations that describe the physical phenomena involved, and development of numerical optimization routines tailored to the specific inverse problem at hand. It is very much an interdisciplinary field, combining aspects of mathematics, computer science, physics and Earth sciences, but the former two are of primary significance to my research.

Geophysical inversion is a fundamental tool for advancing knowledge of the world we live in and the history of our civilization. It is relevant to our daily lives from the buildings we inhabit to the Earth-derived materials that our society depends on. Inversion technology is used in many areas including studies of the whole Earth and its tectonic history, resource exploration, archaeological investigation, civil engineering, environmental remediation, agriculture and biomedical imaging.

Various regions of New Brunswick are at risk from saltwater and freshwater flooding. An extensive system of dykes, roads, railway and other flood prevention infrastructure protect thousands of hectares of valuable farmland, public roads, utilities, businesses, residences and other buildings. The province also has several dams used for hydroelectric generation. A significant flood caused by a failure in any of these systems could generate serious and long-lasting economic costs, environmental impacts and social change. Many of the earthen flood barriers are centuries old and have been repeatedly repaired or altered, meaning detailed information on their current structure and integrity is missing. Concrete dam infrastructure also poses monitoring challenges because installing modern in situ monitoring instrumentation after construction can be infeasible or impossible, or at least requires accurate information about the structures involved. The state-of-the-art geophysical imaging technology that I study and develop in my research can effectively map the underground to monitor the integrity of flood barriers and help mitigate flood risk.

Numerical solution of next generation inverse problems for geophysical applications

Over the last half century, the field of geophysical inversion has progressed alongside advances in computing science and technology. However, much work in the field has made simplifications and assumptions that ease the development of numerical methods, yielding optimization problems that are relatively simple: they are numerically well behaved and allow use of standard computational algorithms. I am interested in moving away from this paradigm to solve more difficult inverse problems that offer high potential gains. This research investigates methods for efficient numerical modelling on unstructured meshes, constrained and global optimization methods for geophysical inverse problems, and application of machine learning methods to joint inversion.

Over the last three decades, connected research groups at Mount Allison University, Memorial University of Newfoundland, the University of British Columbia, the Colorado School of Mines, and elsewhere, have developed geophysical numerical modelling codes to solve a large set of forward and inverse problems. At present, all of the required pieces are available to develop a fully functional multi-modal joint inversion software package. However, this will require unification of various pieces of software, written in various languages including modern Fortran, C++ and Python. In collaboration with the SimPEG group, the PyGimLi group, and others, I am investigating approaches for unifying geophysical modelling software using modern software development paradigms.