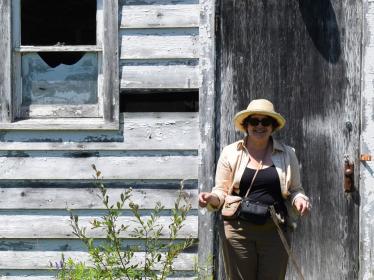 Hannah Lane received her MA and PhD from the University of New Brunswick - Fredericton, where she remains an Adjunct Professor with the History Department and School of Graduate Studies. She teaches courses on Canadian history, American history in the colonial and antebellum periods, the early modern Atlantic world, and the life course and the family in Western Europe and North America. Her research focuses mainly on the cultural and social history of late 18th to late 19th century southern New Brunswick and eastern Maine through topics such as burial grounds, religion, anti-slavery, freemasonry, gender, family, demography, and wealth holding.

History 3775 Music in the Baroque and Classical Periods

“From ‘unsightly’ to ‘ornamented’: the transformation of burial grounds in nineteenth century southern New Brunswick

Male and Female Students at the Mount Allison Academies, 1843-1862

The History of the University of New Brunswick