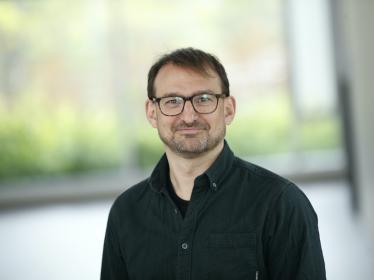 Member of the Royal Society of Canada's College of New Scholars, Artists, and Scientists

Principal investigator for CRC1044 of the German Science Foundation

Adjunct professor at Dalhousie and Regina

My field of research is medium-energy experimental subatomic physics, with the specific goal of testing models of the strong nuclear force through the study of hadron structure.  To this end, we carry out experiments at intermediate-energy nuclear physics laboratories.  In the past we have participated in measurements at the now defunct Saskatchewan Accelerator Laboratory in Saskatoon (now the Canadian Light Source), and MaxLab in Lund, Sweden.

In 2009, we joined forces with two other Canadian groups: one from Saint Mary's University in Halifax, Nova Scotia, and one from the University of Regina in Regina, Saskatchewan. Most of our efforts are currently focused on work in the A2 Collaboration at the Mainzer Mikrotron (MAMI) in Mainz, Germany, but in the longer term, we intend to get more involved with experiments at the Jefferson Laboratory (JLab) in Newport News, Virginia.

One of the projects we are working on at present is a series of Compton scattering experiments to extract the proton spin polarizabilities.  These quantities are fundamental structure constants like the charge and mass, and are similar to the more common dipole polarizabilities, which measure the response of a system to external electric and magnetic fields. There is, however, unfortunately no classical analog for the spin polarizabilities.

To conduct these experiments, we use the relativistic electron beam of MAMI and the tagging system to produce both polarized and unpolarized photon beams, which are incident on targets of both polarized and unpolarized protons.  The Crystal Ball and TAPS detectors, arranged in a nearly 4π set-up detect the scattered photons and recoil protons in the final state.  After analyzing the data and separating out the background processes, and with the help of theoretical models of the nucleon, we hope to obtain the spin polarizabilities, which can then be compared to theoretical predictions in order to test the validity of these models.

2011- Professor of the Year (co-winner with D. Fleming) - Physics Society

2006- Professor of the Year - Physics Society