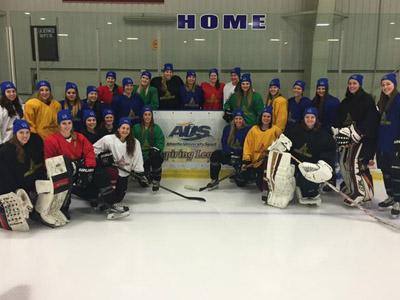 Mount Allison Mounties student-athletes, along with other Atlantic University Sport (AUS) student-athletes, have joined the Bell Let's Talk conversation on mental health. Four Mounties shared their personal stories about mental illness in a video created by the AUS, which launched on January 18.

“We’re very proud of our Mounties student-athletes for supporting Atlantic University Sport’s efforts with Bell Let’s Talk. Hopefully this campaign will help struggling university students to understand that there is help out there and that we can all support each other," says Director of Athletics and Recreation Pierre Arsenault.

#‎BellLetsTalk Day is on January 27.

The full video can be viewed at: http://bit.ly/1lnp1DE