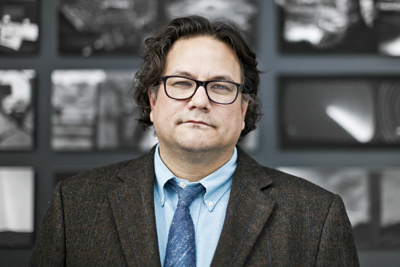 Wente’s talk, Beyond Reconciliation: Looking Towards the Future of Canada, will take place on Monday, Nov. 19 at 7 p.m. in Crabtree Auditorium (49A York St.). All are welcome to attend.

“Jesse Wente’s work and advocacy in film and broadcast share important messages with Canadians as we continue to learn and act towards reconciliation,” says Mount Allison University President and Vice-Chancellor Dr. Jean-Paul Boudreau. “I look forward to welcoming him to campus and learning from his discussion.”

Well-known as a film critic and broadcaster across Canada, Jesse Wente was the first nationally-syndicated Indigenous columnist for the CBC, covering film and pop culture for 20 local CBC Radio programs, as well as being a regular guest on CBC Newsworld’s News Morning, Weekend Edition, and Q. He previously served as director of film programs at TIFF Bell Lightbox, where he oversaw theatrical, Cinematheque, and film circuit programming.

The annual Mount Allison President’s Speakers Series brings noted speakers from across Canada and around the globe to campus to address issues of current interest or importance. (mta.ca/pss)