Mount Allison professor named to the Order of Canada

Dr. Christl Verduyn honoured for her contributions to Canadian studies 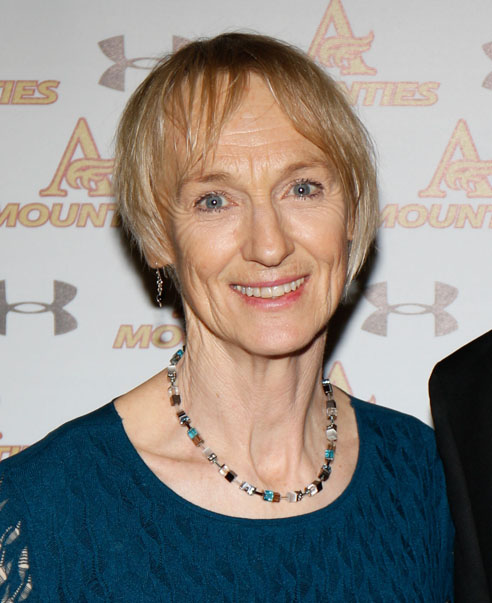 SACKVILLE, NB — Mount Allison University English professor and director of the Centre for Canadian Studies Dr. Christl Verduyn has been appointed a Member of the Order of Canada. The announcement was made by Governor General Julie Payette (LLD’05) on Dec. 29, 2017.

Verduyn is being recognized for her contributions to Canadian studies, notably as a professor and author, and for her commitment to making Canadian literature accessible to a broader audience.

“Hearing this news was both exciting and humbling,” says Verduyn. “When I look at the people who have received the Order of Canada, like the late George Stanley, for instance, Mount Allison’s very first director of Canadian Studies and designer of the Canadian flag, it is a tremendous honour to be recognized with this distinction.”

At Mount Allison, Verduyn has enriched the experiences of her students, colleagues, and the wider community through her own teaching but also by bringing a wide array of speakers to campus such as authors Lawrence Hill, Kim Thuy, Thomas King, and George Elliott Clarke, as well as many others.

In 2014, she co-organized Discourse and Dynamics: Canadian Women as Public Intellectuals on campus, a conference focusing on Canadian women scholars and leaders. Guest speakers included Margaret Atwood, Pamela Palmater, and Sheila Watt-Cloutier, among many other notable women. The event also featured the first-ever Walrus Talks in the Maritime provinces, presented by the Walrus Foundation.

“I have been fortunate to have such a supportive community on campus and in Sackville,” says Verduyn. “It’s been a wonderful environment to bring in writers and poets. Students and community members get to meet some of our country’s best writers and our guests are introduced to this kind and encouraging community.”

A Fellow of the Royal Society of Canada, and President of the Academy from 2007-2009, Verduyn has worked diligently to introduce her students to different aspects of Canada by bringing authors from various backgrounds and communities to campus and by developing and teaching a myriad of courses in Canadian and Québécois literatures, Canadian studies and multiculturalism, and women’s studies, as well as special topics courses on select authors and issues.

She is the author or editor of 16 books, among them the award-winning Lifelines: Marian Engel’s Writing (Gabrielle Roy Book Prize) and the recent Critical Collaborations: Indigeneity, Diaspora, and Ecology in Canadian Literary Studies. She has been president of the national Association for Canadian Studies and editor of the Journal for Canadian Studies and has served on boards and executives of various national organizations of Canadian literature and Canadian studies.

Verduyn has received numerous awards for her teaching and research including the Symons Award for Excellence in Teaching (Trent, 1996), the Governor General’s International Award for Canadian Studies (2006), and Mount Allison University’s Paul Paré Award for excellence in teaching, research, scholarship, service, and outreach (2012) as well as the Herbert and Leota Tucker Teaching Award (2014). In 2011 Carleton University established the annual Vickers-Verduyn Lecture in Canadian Studies in her honour.

Mount Allison alumna and honorary degree holder Dr. Vianne Timmons (’79, LLD ’17) current President of the University of Regina, was named an Officer of the Order of Canada in the December announcement.