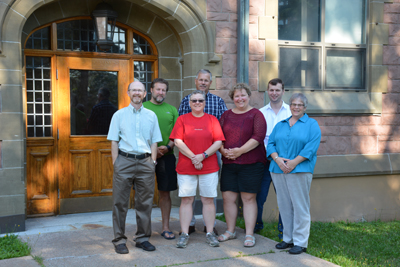 SACKVILLE and FREDERICTON, NB — Mount Allison University and St. Thomas University will see cost savings in their IT departments after consolidating some of their IT equipment and services at the University of New Brunswick (UNB) data centre.

The data centre consolidation project will save approximately $120,000 in data centre support annually for the two schools combined. Much of this is attributed to reallocation of staff time to other priorities, but at least $25,000 in savings will result from lower licensing and hardware costs, plus reduced power consumption and facility maintenance.

“Mount Allison and St. Thomas universities have long shared data centre facilities in an effective and efficient partnership. This latest initiative takes collaboration to the next level, by locating these services at the newly renovated UNB data centre,” says Mount Allison President Robert Campbell, chair of the New Brunswick/Prince Edward Island Educational Computer Network (ECN). “We enjoy a high level of co-operation and collaboration across IT units in our region, which makes possible this highly innovative and cost-effective strategy.” 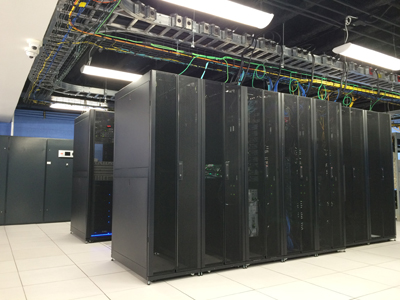 Mount Allison previously hosted St. Thomas’s IT services in its own data centre, but aging facilities and significant hardware renewal costs prompted the IT directors from both schools to seek a new home for their IT infrastructure. Knowing that UNB was investing in improvements to its data centre, the directors proposed consolidating their equipment there.

“By housing key IT infrastructure including servers, data storage, and backups at UNB, Mount Allison and St. Thomas eliminate the need for maintaining their own data centres, while enjoying completely autonomous access to and control of their IT environments,” says Terry Nikkel, associate vice-president, information technology services at UNB.

“All three schools are members of a consortium of higher-ed institutions in New Brunswick and Prince Edward Island called the Educational Computer Network,” added Nikkel. “We work very well together and for many years have helped each other reduce costs and become more efficient, to the point where we can consolidate high-stakes services such as computing infrastructure, confident that individual institutional needs will still be met.”

Other members of the consortium are also moving IT services to UNB.

The ECN Data Centre at UNB