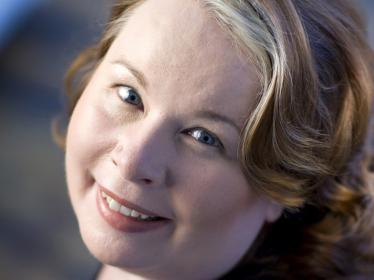 Elizabeth Wells earned her Bachelor of Music degree from the University of Toronto with a concentration in History and Literature of Music. She then pursued a career in public broadcasting, working as a music programmer and producer of a classical music programs for CJRT-FM in Toronto. In 1993, she entered the graduate program in musicology at the Eastman School of Music. Her dissertation, entitled West Side Story(s): Perspectives on a Great American Musical,has been supported by the three dissertation fellowships, including the AMS-50 Dissertation Fellowship awarded annually to the most promising doctoral research in musicology in North America. In 2011 a book version was published by Scarecrow Press.

Before coming to Mount Allison, she taught music history at Mansfield University in Pennsylvania, the State University of New York at Geneseo, and the Eastman School of Music. In 2008 she won the Tucker Teaching Award, Mount Allison’s highest recognition of teaching excellence, and the Association of Atlantic Universities’ Distinguished Teacher Award. She was named a 3M National Teaching Fellow in 2010. She currently serves as the Chair of the Council of 3M National Teaching Fellows.

Her research interests include music history pedagogy, British musical theatre of the 1950s, and American musical theatre at mid-century. She has developed innovative courses including one on the Beatles and a course supported by the Vice-President’s Curricular Innovation fund entitled “Music and Difference,” which addresses music’s role in mediating and expressing difference.

Elizabeth Wells has won the J.E.A. Crake Teaching Award in the Arts, the Tucker Teaching Award, the AAU Distinguished Teacher Award, and the 3M National Teaching Fellowship.  For teaching materials and philosophy, visit her personal website at www.elizabethwells.ca.

Scholarship of Teaching and Learning