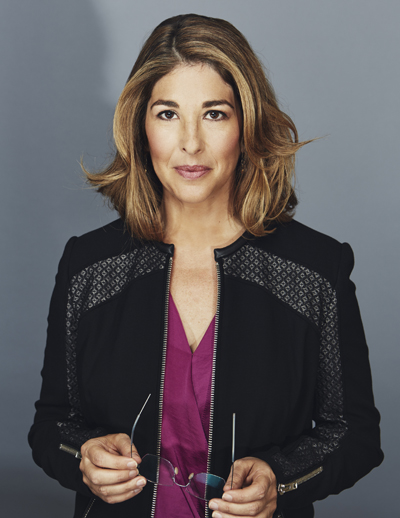 SACKVILLE NB — Mount Allison University will welcome award-winning journalist, columnist, and best-selling author Naomi Klein to campus this winter. Klein will deliver a public lecture based on her latest book, This Changes Everything: Capitalism vs. the Climate, on Tuesday, January 26, 2016 at 7 p.m. in Convocation Hall (37 York Street, Sackville). Everyone is welcome.

Klein’s talk is the final presentation in the University’s President’s Speakers Series, celebrating the Year of the Environment on campus. Other speakers for this year’s series included: Mi’kmaw lawyer and professor Pamela Palmater; marine conservation biologist Boris Worm; and environmental activist and writer Tzeporah Berman.

Naomi Klein is known globally for her writing and activism on climate change. Her books include This Changes Everything: Capitalism vs The Climate (2014), The Shock Doctrine: The Rise of Disaster Capitalism (2007) and No Logo (2000).

Klein is also a columnist for The Nation magazine and the Guardian newspaper and is a contributing editor at Harper’s magazine. She is a Puffin Foundation Writing Fellow at The Nation Institute and also sits on the board of directors for 350.org.

2015-16 Year of the Environment at Mount Allison University

One of the pillars in Mount Allison University’s Strategic Statement, the Year of the Environment will encourage the campus and wider community to explore issues relating to their surroundings through several lenses — scientific, societal, cultural, and humanitarian on a local, national, and international scale.

The Year of the Environment will see several noted speakers, activists, and artists visit campus through the annual President’s Speakers Series as well as other related activities and events including University Commencement, welcoming new students to Mount Allison — www.mta.ca/pss