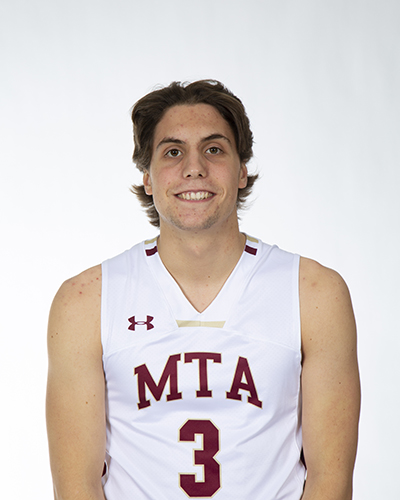 Second-year Basketball Mountie Brett Curtis chose Mount Allison because he believes it was the best place to study sciences and he felt comfortable in a small town, like his hometown of Harvey, NB. Basketball was an added bonus.

A chemistry and psychology student, Curtis says what he enjoys most about basketball is the competitiveness.

“You are in one-on-one matchups most of the time and you need to take care of what you need to do to help the team,” he says. 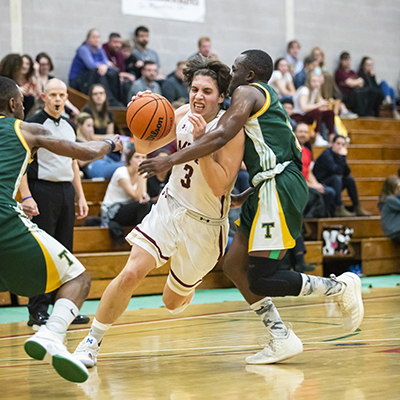 At Mount Allison, Curtis is happy to be playing a bigger role with the team in his second year. He took home Athlete of the Week honours early in the season for a strong 14-point performance against Crandall and a huge 21 points in a thrilling overtime win against UNBSJ.

Curtis says being a student-athlete at Mount Allison has allowed him to make a lot of friends on his team and other Mounties’ teams.

“Having basketball in my life has helped me with school and has helped me develop the attributes I need in the classroom, such as work ethic,” he says.

Curtis has spent a lot of time passing basketball on to the younger generation through coaching spring leagues, basketball camps, and summer camps. He plans to pursue education after Mount Allison and hopes to become a physical education teacher, potentially some day in his hometown.