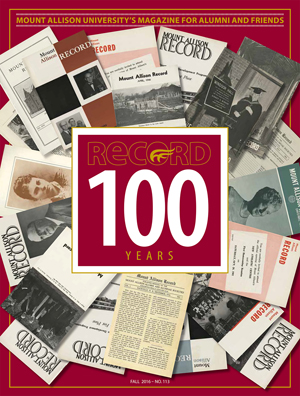 The fall issue of the Record, Mount Allison University’s magazine for alumni and friends, is now online.

The Record is celebrating its 100th anniversary in December 2016 and this issue celebrates the magazine's long history.

There are also stories about current alumni and students, including features on:

We hope you enjoy this special anniversary issue! www.mta.ca/record