HARRY CURRIE (’53) writes, “Well, I graduated in 1953, and I’m now 88 years old. I’ve had a wonderful life, mainly in music but with a few other things (!), and my four years at Mount A prepared me for that life. Right now, and for the past 14 years, I’ve lived in Thailand, though I’ve returned to Canada twice a year to conduct concerts, retiring a year ago.

“Why am I in Thailand? Well, this is one of those things because of that life: In 1993 I formed a wind orchestra named Windjammers. Within a couple of years, it was reviewed as the finest group of that type that ever existed in Canada. We recorded our first CD in 2000, named Windjammers Swingphonic. The arrangements were done by one of the greatest in the U.S. — Sammy Nestico.

“Well, King Bhumibol of Thailand, who died a couple of years ago, was a private musician and he loved jazz, even played a couple of times with Benny Goodman. My CD was sold out in North America and in Asian countries, and King Bhumibol heard it and was amazed. In 2005 his daughter, Princess Sirindhorn, was reaching her 50th birthday and the King wanted to have a special concert to celebrate it. To my amazement I was invited to Thailand to put together and rehearse a wind group similar to Windjammers to play the birthday concert. I had to fly out five times in order to get the best musicians, rehearse the music, and do the concert. Since I’d retired from many things in Canada except Windjammers and the Convocation Winds at Waterloo University, I was invited to become the music supervisor at two Thai universities, which I did for three years. But I met a wonderful Thai lady, we became married (my third wife!), and with no winter in Thailand I felt it would be better for my aging life, so here I am.

"It still amazes me those things I managed in the later part of my life. So, my thanks to Mount Allison for setting me up for that life.”

Editor’s note: Some regular readers might recognize parts of Harry’s story and humour from the Summer 2016 Record when he was featured on the cover for the ’50s Decade Reunion. He’s pictured right, with Ivan Freeborn (’59), at 2016 Reunion celebrations on campus. Read the full story.

PETER FROST (’68) writes, “On May 4, 2019, I was inducted into the Ontario Squash Hall of Fame in the Builder Category in recognition of my contributions to the game over many years as a player, administrator, and coach. As a player I won, among others, four Canadian National Championships. As an administrator, I was President of both Squash Ontario and Squash Canada. As a coach, my Upper Canada College Varsity Squash Team recently won its fifth consecutive Ontario Independent School Championship. On May 15 I was presented with the Harold A. D. Roberts Volunteer Award for 2019 in recognition of my 25-year-tenure as volunteer squash coach at Upper Canada College.”

BARBARA KELLY (’82), who is currently living in Jerusalem, was awarded the European Union’s Common Security and Defence Policy Service Medal for her service with EUPOL COPPS in Palestine. Superintendent Kelly, the Canadian police advisor, was also decorated with the Canadian Peacekeeping Service Medal for her previous service with the European Union Advisory Mission in Ukraine. Additionally, she was awarded the Silver Clasp for her RCMP Long Service Medal for 30 years of service. All three Canadian decorations were awarded to Supt. Kelly by Canadian Armed Forces Brig.-Gen. Marc Gagné. 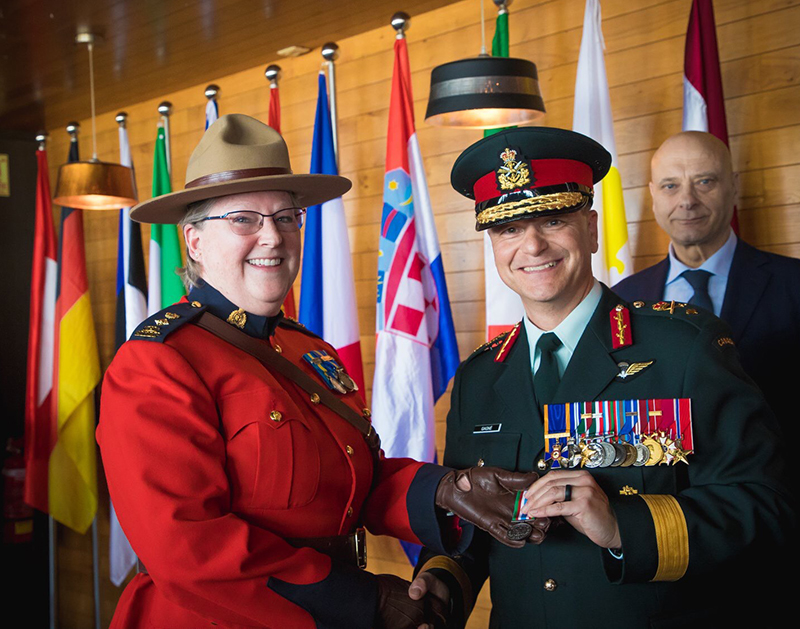 RON MILTON (’83) is finally turning 60! After 30 years in education, four years of retirement, and a continuing presence in the local art scene, he is still going strong. His most recent exhibition, So You Want to Be a Bird, was well received. He has been instrumental in the development of a print studio at the Woodstock Art Gallery and still conducts art classes periodically. Former classmates and fellow residents of fourth floor Harper are welcome to contact him at kghiaguy@gmail.com 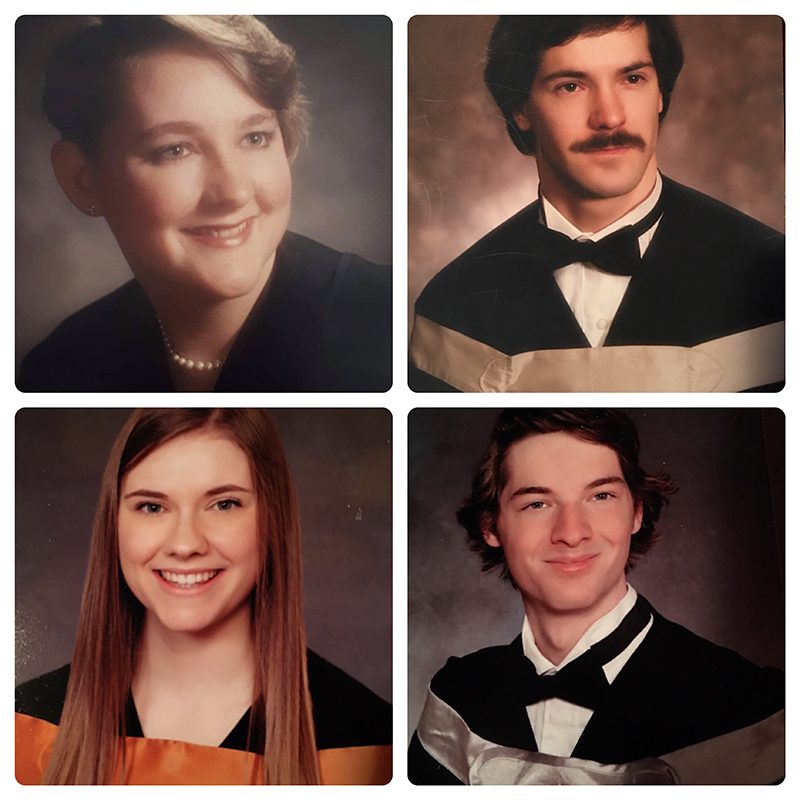 Dianna also shared this great photo and Allisonian connection from Convocation: “The two older gentlemen in this photo, one being my husband, met at Mount Allison back in the ’80s. They became friends. Fast forward to 2016 and these two younger men, their sons, became friends, not knowing their dads had been friends until sometime into their relationship... It really is a small world... Only when they realized that some of their dad’s stories happened to coincide did it all become apparent!” 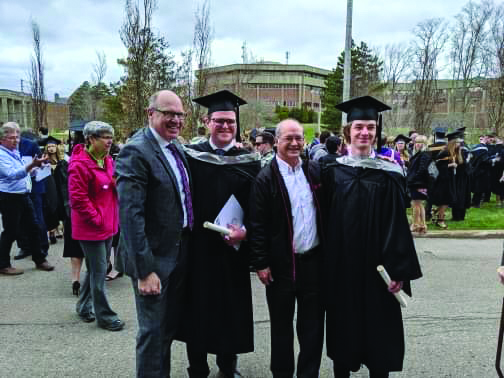 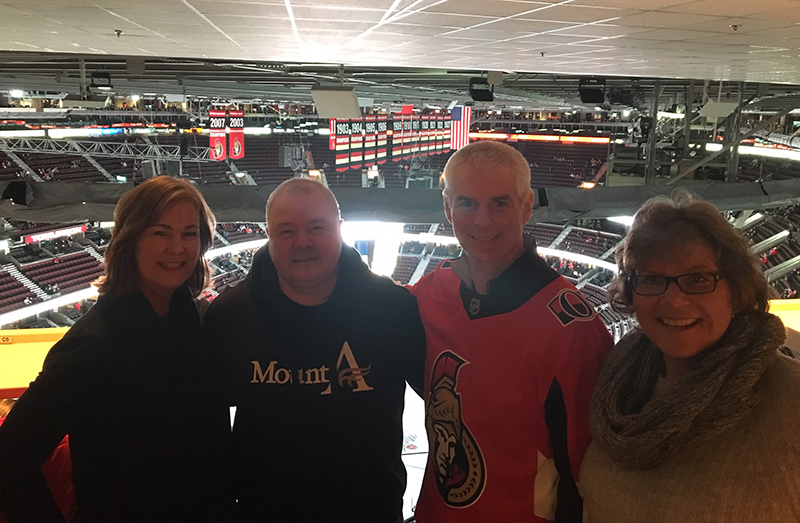 This year, Sackville’s Relay for Life was organized by Mount Allison students. The event’s guest speaker was survivor BETSY (KELLY) AKIN (‘83), left. Pictured with Betsy is friend and classmate, LAURIE ALEXANDER (’83), right, and Laurie’s daughter CATIE CAMPBELL (’21), centre, who was a member of the organizing committee. 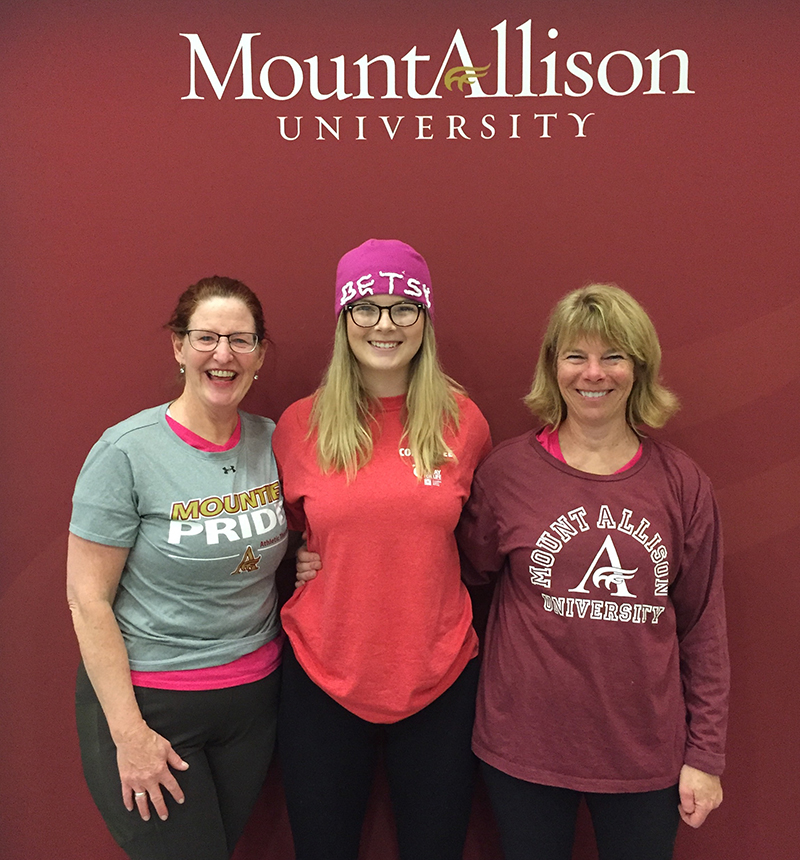 MARTINE FOURNIER WATSON (’97) writes, “I’m very excited to have released a debut novel with Penguin Books this April! In The Dream Peddler, a mysterious traveling salesman who claims to sell bottled dreams arrives in a town recently rocked by a child’s disappearance and his wares awaken the long-buried desires of the townspeople. It will be available on amazon.ca, penguinrandomhouse.ca, and everywhere books are sold.” 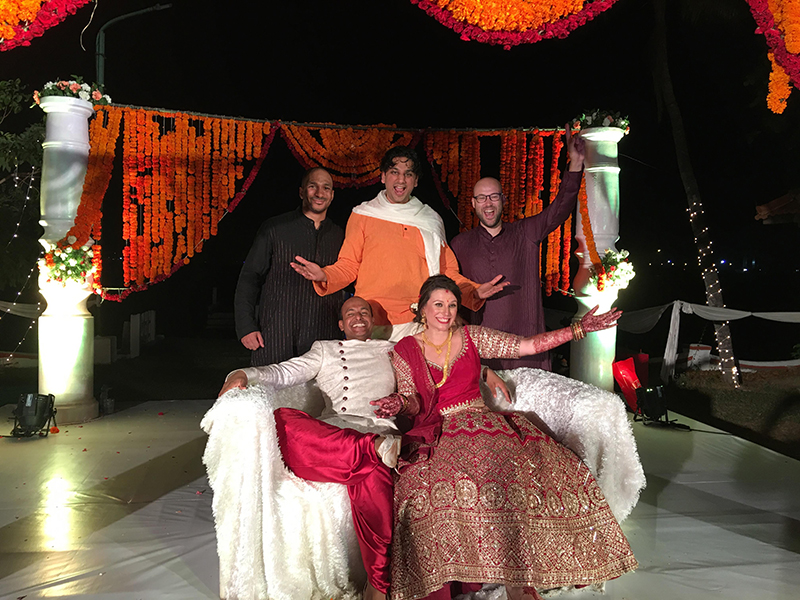