More than 115 years after her death, Canadian artist Ethel Ogden may finally be poised to get the recognition she deserves.

“Her work is not known outside of New Brunswick yet, but when you place her next to Canadian artists of the period who are better known, her work shines,” says Gemey Kelly, director/curator of Mount Allison’s Owens Art Gallery. “I think she stands up to a national context — it leads the way, I would go so far to say. She was one of the exceptional painters of her day.” 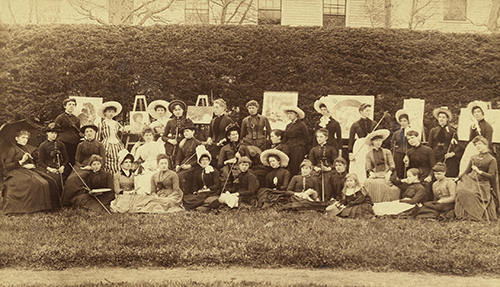 Ogden began her studies at Mount Allison’s Ladies’ College when she was 14 and remained for five years before moving to Saint John to attend the Owens Art Institution, where she studied with John Hammond (later director of the School of Art at Mount Allison).

When the Saint John school closed and the collection moved to Mount Allison, Ogden returned with it and continued her studies. She began teaching while still a student and was appointed to a full-time teaching position in September 1894.

“She was a painter and she did teach that, but she also taught china painting, which was a very popular part of the curriculum at the end of the century,” Kelly says. “Ethel took it up seriously and went to New York to study with one of the masters there. She established hand-painted china as a serious component of the curriculum at Mount Allison.”

Ogden’s work is currently featured in an exhibition at the Owens: The Matter at Hand: Paintings and Hand-painted China by Ethel Ogden, which is on display until Sept. 2, 2018.

At the time, the Owens only had two of Ogden’s pieces in its collection — it now has more than 30, many of them donated by the people who loaned works for the first show.

“Without question, this is the largest collection of her work,” Kelly says, noting that apart from the works at the Owens, there are only a few more existing pieces of Ogden’s work, all in private collections. “It is a wonderful example of how philanthropy and research come together. Today, if you want to do research on Ethel Ogden, the work is here, it is documented, it is accessible, and it is being looked after by our conservator.”

Kelly says Ogden’s paintings have a very modern feel about them. 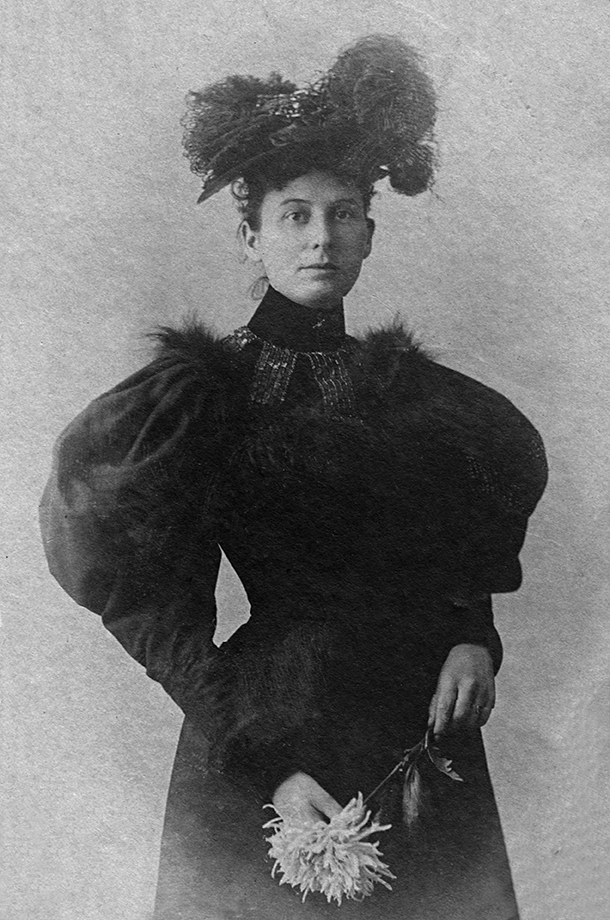 “She was doing very advanced work. It looks very contemporary, very modern,” she says. “Many paintings from the 1800s are dark and misty and have a strong period feel, but her work could have been painted today. It is very fresh and open and responsive.”

Ogden also had a hand in laying the foundation of Fine Arts at Mount Allison.

“From the research we’ve done, it appears she was instrumental in the transfer of the Owens Collection to the Ladies’ College,” Kelly says. “When the (Owens) collection was transferred here, the Fine Arts program was greatly augmented, both by the collection and by John Hammond being here. There was a new building (now the Owens Art Gallery), the collection, and a professional artist heading it up.”

Ogden was part of a prominent Sackville family — the town’s Ogden Mill Road is named in their honour. Her father, William, was a shipbuilder and saw mill owner; her mother, Alice (Barnes) was a member of the very first class at the Ladies’ College in 1854, and later taught art at the College. The oldest of three daughters, Ogden’s sisters, Greta and Mary (known as Burtie), also attended Mount Allison. Greta was also an accomplished artist and taught applied arts at Mount Allison, while Burtie excelled in music. Ogden’s original family home still stands in Sackville.

Ogden died in 1902 at the age of 32, likely of tuberculosis. Huge numbers of students and community members attended her funeral, an indication of how well-loved she was. The works she left behind are few, but are a valuable addition to the artwork of the period.