When Dorothy Greenidge (’78) retired after a long and successful — but very busy — career in engineering, she decided to take a little time for herself.

“I promised myself a gap year to do all the things I wanted to do, but hadn’t had time to,” she says. In particular, after nearly 40 years of focusing on science, Greenidge wanted to give her creative side a chance to let loose. 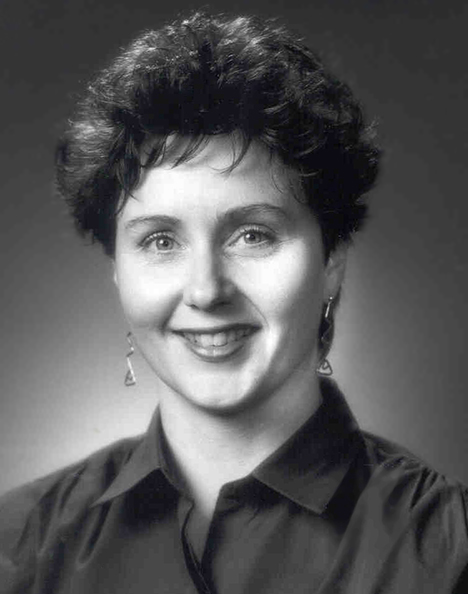 Although the Maritimer now calls Calgary home, she also has a summer place in Lunenburg, NS. That is how she happened to find out about a workshop the Lunenburg Doc Fest was running for retirees, giving them an opportunity to produce a documentary film. Doc Fest is an annual international documentary film festival hosted in Lunenburg.

“Last year, each participant in the workshop made a five-minute documentary film. This year the organizers decided they wanted to try to make a feature-length documentary with all of us working on parts of it,” she explains.

Greenidge worked with seven others to create Wave Upon Wave: A Lunenburg Hodge Podge, a nearly hour-long documentary on the history of immigration to the town of Lunenburg.

A grant from the Canada Council for the Arts paid for a professional editor to pull the final product together and the film debuted at the fourth annual Lunenburg Doc Fest in September 2017.

“Seven of the eight of us had no film experience whatsoever,” Greenidge says. “The whole thing was filmed on our smart phones, some new technology, some not so new. In the workshop we learned about technical aspects of film-making, such as how to do lighting, audio recording, and interviewing.

“We were all retired, ranging in age from 55 to 75, and from many parts of the country —interestingly, there was not a native Lunenburger in the group. We came from different professional experiences: an accountant, an engineer, a teacher, a human resources professional, an environmental scientist, a lawyer, a research scientist, and one from the not-for-profit sector.”

The film begins with the founding of the town in 1753 and ends with a group of Syrian refugees who arrived in the community three months before filming started.

Greenidge did a lot of background research to pull her part of the film together.

“One of things I learned was the Mi’kmaq and the French got along quite well, but the Mi’kmaq and the British didn’t get along at all,” she says. “The treaty part of it is also really, really interesting. I’m used to dealing with the numbered treaties out west, which are more defined in some areas, particularly with respect to the land. In Nova Scotia the First Nations have peace and friendship treaties and they never gave up the land. The last treaty proclaimed by King George included a description of how the British would go about getting land from the Mi’kmaq — they couldn’t just take it.”

Greenidge says she also got to see how the Mi’kmaq continue to be impacted by the legacy of the settlers to the present day.

“It will take a generation to change (those negative impacts), but it is having the will on both sides to want to change and having both sides listening and working together to make it work,” she says.

Greenidge also interviewed the descendants of the original settlers about how subsequent immigration impacted them and the town.

Other groups the film features include Acadians, a number of Norwegians who were displaced during the Second World War after Norway was occupied by Germany, conscientious resisters who came to Canada from the U.S. during the Vietnam War, Newfoundlanders, young entrepreneurs who recently moved to Lunenburg, and older entrepreneurs who are making a second career in the community.

In addition to the interviewing and filming, the rookie filmmakers pulled together the narration and story and completed a first rough cut of the film before turning it over to the professional film editor.

“It was a lot of fun,” Greenidge says. “Lunenburg is this incredible creative hub. And I met some really fascinating people, both my workshop mates and the people I interviewed.”

Greenidge and some of her fellow filmmakers were so taken with the project, they have plans for a future film, which is expected to debut at a future Lunenburg Doc Fest.