It all began with a casual chat. Geologist John Burzynski and a few friends were having a discussion in early 2016 about the recently discovered lost ships from the Franklin Expedition in Canada’s Arctic. The conversation moved to talking about other lost Canadian artifacts that have yet to be found. This conversation would start them on a unique journey into Canadian history.

Burzynski is the President and Chief Executive Officer of Toronto-based Osisko Mining, and a founding member of the Osisko group of companies, one of Canada’s leading mining exploration and development groups. Osisko discovered, developed, and put Canada’s largest producing gold mine, Canadian Martic, into production in 2011.

“Mining is a big business, but it’s also a small business when it comes to the people who are involved in it,” he says. “A few of us were tossing around ideas for possible leisure projects to undertake in our ‘spare time,’ and we fell back to what we do in our day jobs. We were aware that other groups had searched for the Arrow design models in the past and, after a little research, we quickly realized that none of the previous groups had been successful.” 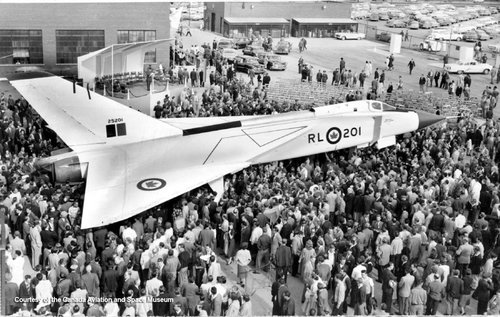 The Avro Arrow project was initiated in 1953 and was to be Canada’s main contribution to the joint air defence alliance with the United States. The Arrow would be powered by new Canadian-designed Iroquois jet engines with speed and power capabilities far ahead of any fighter jet of its day. The program employed nearly 30,000 people directly and indirectly, working on the program that was putting Canada at the forefront of an emerging aerospace industry. A successful flying jet was produced in early 1958.

But in February 1959, the government abruptly cancelled the program and the five completed flying jets were ordered to be destroyed. But the nine one-eighth scale models used in final design tests over Lake Ontario remained somewhere on the bottom of the lake, abandoned at the end of their flights.

In July of this year, the Raise the Arrow Expedition was launched, with Burzynski at the helm as expedition leader. It is the largest search of its kind for the Avro Arrow free-flight models since an access to information request in the 1980’s revealed their existence, which launched the first series of unsuccessful searches. 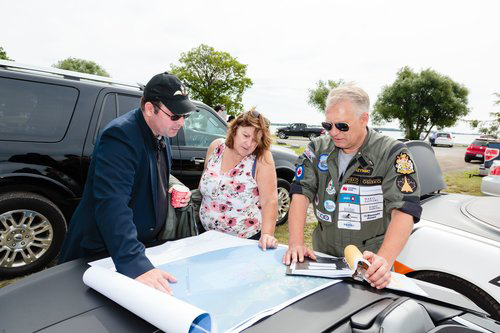 “Our group has discovered significant Canadian gold deposits, but this time we were looking for Canadian historical gold,” says Burzynski. “In a way, it seemed like a simpler form of exploration for us. We regularly spend large sums of money searching remote areas in three dimensions, hoping we find something based on a theory. The hunt for the Arrow models was a simpler exploration problem to solve. We started with a certainty that the models were there somewhere on the lake bottom. We just needed an organized search grid, technology that would image them, and the money to fund the search.”

Of course, it isn’t as simple as just locating and raising the models. There needed to be plans in place for restoring and showcasing the artifacts once found.

“You can’t just show up at a museum, say you found something, and drop it off,” Burzynski says. “Museums often get donated items, but don’t have the money in their budgets to conserve or display them. We have all donated corporately and personally to the project and the museums to pay for the conservation work and have committed to raise $2-million for the Canada Aviation and Space Museum in Ottawa and the National Air Force Museum of Canada in Trenton to expand their collection spaces and house the recovered artifacts.” 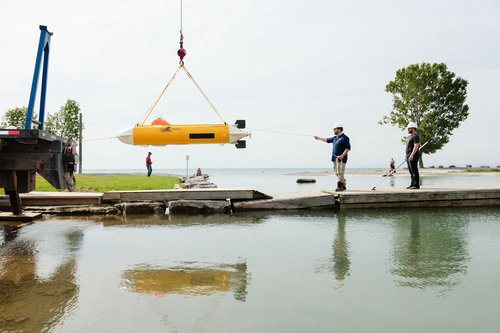 Using the cutting-edge sonar technology of Kraken Robotics, the team found two models from the test program in September before weather conditions ended the program for the year. The continuation and completion of the grid search will begin in early June 2018. The recovery effort of the models and some of the booster rockets and missiles associated with the Arrow test program will commence later in the summer. Interestingly, 2018 marks the 60th anniversary of the first flight of the Avro Arrow.

Burzynski says the most surprising part of this project for him has been the level of public interest.

“The Avro Arrow meant a lot to many Canadians,” he says. “The tragedy of the closing of the program was the loss of thousands of jobs and the loss of what might have evolved into a globally-dominant Canadian aerospace industry.” 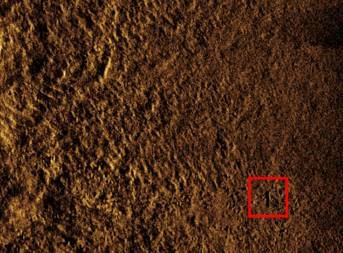 The news of the Raise the Arrow Expedition has piqued interest around the world. The search effort has received extensive coast-to-coast Canadian media coverage, as well as international coverage by the likes of the BBC ('We found one': Searchers confirm Avro flight model discovery) and the New York Times (Hunting for a Canadian Legend: the Avro Arrow Jet Fighter), reaching over 85 million people. Social media has accounted for another 55 million views. All of this attention underscores the interest in the Arrow’s history and the importance of this iconic Canadian technological and aviation achievement to the Canadian people.

View more photos and videos of the Raise the Arrow Expedition at www.raisethearrow.com or on Facebook at facebook.com/raisethearrow.

Photo captions:
1) John Burzynski during a Raise the Arrow announcement, July 2017
2) The Avro Arrow, courtesy of Canada Aviation and Space Museum
3) Scarlett Janusas Archaeology Inc. is working with OEX Recovery Group to advise on the discovery and recovery of the models
4) The Kraken Sonar ThunderFish is equipped with AquaPix technology, which is capable of providing detailed images with a constant resolution better than 3cm x 3cm out to a range of 300m from each side of an underwater vehicle
5) First sonar images back from the bottom of Lake Ontario off of Point Petre, ON, appears to show the outline of the shell of a missile prototype search which crews believe could be The Velvet Glove