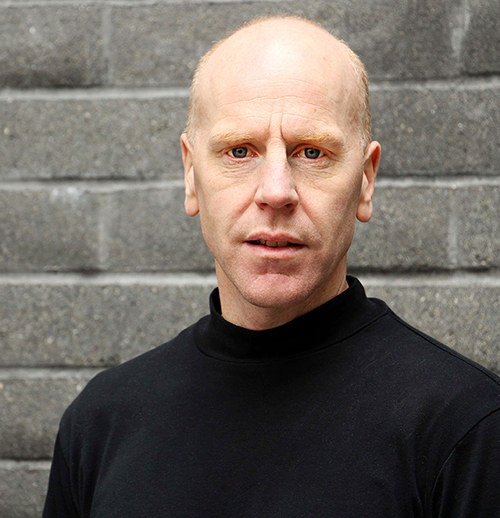 Over his career Dr. George Belliveau, a professor of theatre education at the University of British Columbia, has participated in over 100 theatre productions, either as a playwright, director, or actor. While all productions play an important role in his career, one of his latest, Contact! Unload, has been garnering international attention for its spotlight on Canadian military veterans and mental health challenges post-service.

Belliveau is part of a cross-disciplinary team that created Contact! Unload in 2014. The production features returning Canadian military veterans sharing their wartime experiences to help them address trauma sustained during service.

It also seeks to educate the public on important mental health issues, such as post-traumatic stress disorder.

“The play highlights the work of Dr. Marvin Westwood, a therapist at UBC who has been working with veterans for more than 20 years,” explains Belliveau. “I’ve been fortunate to collaborate with Marv and several military veterans as a theatre artist and researcher to help bring these authentic stories to the stage and hopefully assist in the healing process.”

The cast of Contact! Unload has included up to 13 actors, with between four and six veterans taking part as cast members. The participating veterans are all graduates of the Veterans Transition Program. The program, co-founded by Westwood in 1997, helps deliver mental health services to veterans from coast-to-coast. Belliveau’s theatre piece builds upon this initiative and helps extend the therapeutic process.

Contact! Unload has been performed over 25 times including on Parliament Hill and at Remembrance Day ceremonies in London, England for an audience that included Prince Harry, a soldier himself and advocate for men’s mental health.

This fall the play was performed at the Invictus Games in Toronto. The group is set to stage a smaller production in Australia this year with invitations to perform coming from around the world.

“It’s very powerful to be working with these individuals. Their courage, first in combat overseas, but even more so in facing their post-traumatic injuries. It’s a very difficult thing to face one’s psychological injuries,” says Belliveau. “In sharing these experiences in the theatre piece they show their deep humanity. In that they perform their own stories, and it becomes very authentic and raw for the audience.”

Originally from Memramcook, NB, Belliveau earned his Education degree at Mount Allison following a drama degree at Dalhousie. He completed an MA at the University of Toronto, then his PhD at UBC. He spent three years at UPEI in the Faculty of Education, before returning to UBC as a Professor of theatre education, where he has been for the last 14 years.

“The exposure I had at Mount Allison was huge. From working in theatre to sports and radio, I feel I grew more there than during any of my other degrees. Mount A sets people up to become leaders through the opportunities it offers,” he says. “I also met my wife [Susan Mack (’92)] at Mount A. We were married on campus.”

Belliveau also credits Alex Fancy (’61), professor emeritus of drama and French, drawing parallels to his use of theatre for advocacy, for influencing and inspiring his work with Contact! Unload.

“The work we did with Tintamarre, with its outreach component, always acted as an advocacy for French language understanding and learning,” says Belliveau. “Alex built the Tintamarre productions with his participants, and we’re working to do the same with the veterans in our production.”

While the play focuses primarily on retired veterans and the challenges they face in the transition from combat, Belliveau hopes the production will eventually move beyond the military.

“We all have struggles. First responders in particular deal with some very traumatic situations on a regular basis,” he says. “Having veterans sharing their stories may help others seek mental health support.”

Photo captions:
1) Members of the cast of Contact! Unload
2) Dr. George Belliveau
3) His Royal Highness Prince Harry congratulating the cast after their performance in London
4) Raising the lestweforgetCANADA Tribute Pole in London, used as a backdrop in Contact! Unload and carved by veterans