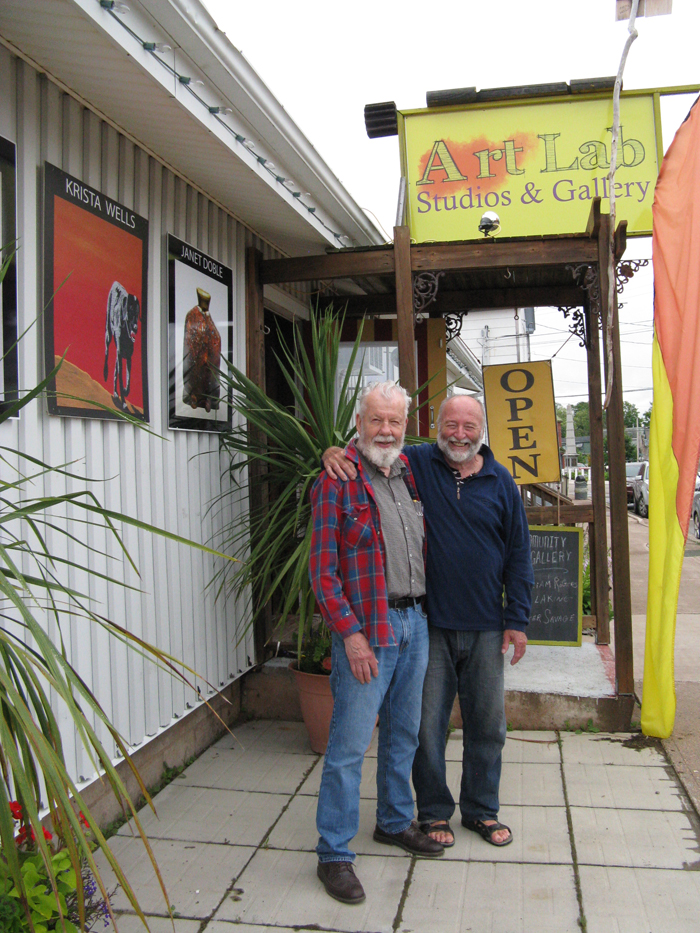 JIM APPLETON (’75) was recently appointed to the Board of Governors of the Atlantic School of Theology (AST) in Halifax, NS, on behalf of the Diocese of Fredericton (Anglican Church). The appointment runs for three years.

RICHARD MUNGALL (’78), legal counsel with the federal Department of Justice, was recently presented with an award by the Deputy Attorney General of Canada in recognition of his many years of service in the field of emergency management law and major events. His son Luke is a member of the Class of 2020.

After 20 years, veteran broadcaster JOHN MOORE (’79) stepped down as the voice of the Halifax Mooseheads this year.

TRACY DUGGAN (’82), left, celebrated her retirement from teaching at Ashbury College for 25 years on June 17 with current math teacher ZACK MACAULAY (’08) and future Mountie EMMA ZUCKER (’21), who started her BSc this fall. 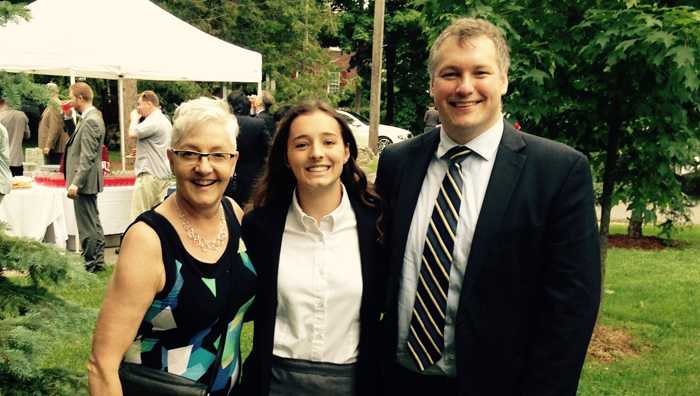 ANGELA RYAN BOURGEOIS (’93) has been appointed to the Social Security Tribunal as a full-time member of the employment insurance section for a term of two years.

HENRY ADAM SVEC (’05) is pleased to report that he has co-created a digital game about the donair, entitled Donair Academy (donairacademy.org).

CARMEN MOREIRA (’08) received the 2017 BC Social Innovation Youth Award and Shaw’s Canada 150 Award as a national leader contributing to youth for her work as the executive director of SQx Dance Company.