We all have our favourite Canadian songs: music that entertains, inspires, and connects us — to each other and to the diverse and beautiful landscape of our country.

Mount Allison alumna and classical crossover recording artist Eleanor McCain is celebrating Canada's 150th birthday in a way that honours some of our nation's most important and influential music. 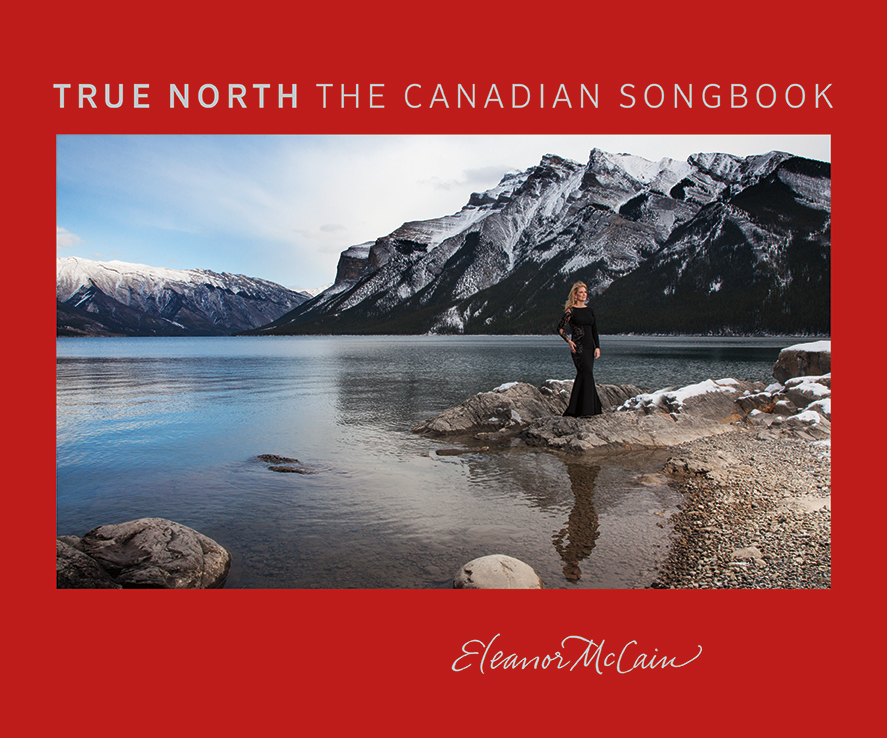 Produced by Emmy Award-winner Don Breithaupt, True North will cover beloved Canadian songs by some of the country's most iconic songwriters, reimagined through new orchestral arrangements. Along with McCain's vocals, the album will feature orchestras from Newfoundland to British Columbia and arrangers and guest artists from across the country.

"When we think of a 'songbook' what often comes to mind is the American Songbook," says McCain. "But we have an incredibly deep musical catalogue here in Canada. Sometimes people don't realize exactly how rich it is. They may have loved a song all their lives and not even realized it's Canadian."

She admits initially it was daunting to choose the songs to cover. She began with a list of 27, adding and subtracting to reach 32.

"I chose the ones that spoke to me the most and suited my style of music," she says. "Listening to them over the years was always like watching a movie in my head, as if I was travelling along the highway, exploring different regions of the country. The music is so evocative and tied to the landscape. I hope it speaks to others as well."

True North: The Canadian Songbook will be issued in two formats: a double CD with an enhanced booklet that will also be available as a digital download and a more deluxe, expanded package that includes the coffee table book.

Three years in the making, McCain is excited to see the project coming together as a way to recognize and celebrate the diversity in our country.

"We truly have so much to celebrate," she says.

These 32 songs are by no means the definitive songbook, she adds.

"I chose these because they all mean something personally to me, but I also wanted to start a bigger conversation highlighting the fact that there is a Canadian body of work and we should take notice and celebrate this music that is so much a part of us," she says. "Hopefully, it inspires others to create their own songbook — there's certainly a wealth of material."

True North: The Canadian Songbook will be released May 12, 2017. Pre-sale is now available on Indigo and Amazon.

class of 1991 arts and culture