Mount Allison’s relationship with Bermuda goes way back — way, way back. So far back, that when the first students from Bermuda arrived at Mount Allison, Canada was not yet a country. 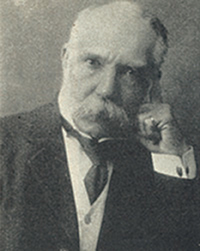 Samuel Seward Toddings was among the first of many Bermudians who travelled north to pursue their education at Mount Allison. He was Mount Allison’s first non-Canadian graduate and the first Bermudian to receive his degree at Mount Allison, graduating with his Bachelor of Arts in 1866 — one year before Confederation.

“Toddings was the first example of the University reaching out to the community beyond the borders in which it existed. He was our first international student,” says University Archivist David Mawhinney. “Mount Allison moves from this small university on the marshes in the Maritimes to a university that welcomes people from different parts of the world.”

Mawhinney says that reaching out would have made a positive change in the Mount Allison experience by exposing students to other cultures and other parts of the world.

“I think that is the most significant thing, that change in the focus,” he says. “It is the first step in being an outward-looking place as opposed to inward-looking.”

Toddings returned to Bermuda after getting his start as a junior reporter at the Halifax Herald and became a prominent publisher, editor, and parliamentarian.

Toddings and his brother Lindsay purchased the Colonist newspaper in 1869 and Toddings later established the Mid-Ocean newspaper, which operated from 1911 to 2009. He also served as a Member of Parliament from 1904 to 1911 and from 1923 to 1928 and, at the time of his death, was Bermuda’s longest-serving journalist, having worked in the field for 65 years.

His biography on bermudabiographies.bm, a website dedicated to chronicling the stories of Bermudians who made key contributions to the island, quotes from the obituary published in the Recorder newspaper at the time of Toddings’ death: “To speak to journalism in Bermuda without mentioning the name of Samuel Seward Toddings would be like staging Hamlet and leaving out the Prince of Denmark.”

While at Mount Allison, Toddings met his first wife, Jane Clarke Allison, the niece of Mount Allison founder, Charles Frederick Allison. They married in 1876, but Allison died in 1888. Toddings later married Agnes Louise Costello, with whom he had two sons, Samuel Jr. and Thomas.

But one of the most remarkable parts of Toddings’ story was one that was not talked about during his lifetime — Toddings’ mother Charlotte and grandmother Rebecca were both freed slaves.

Although slavery was abolished on the island in 1834, segregation remained in place until the late 1950s. Although Toddings’ father was white, because his mother was black, at that time Toddings would have been considered black as well. However, he lived as a white man throughout his lifetime and did not appear to experience the kind of racism and prejudice that other black Bermudians faced.

His black ancestry is described as an “open secret” on bermudabiographies.bm. 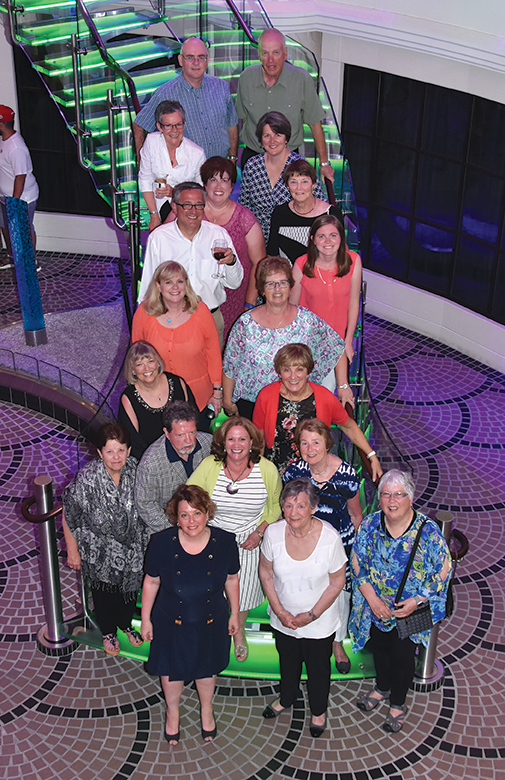 To celebrate the 150th anniversary of Toddings’ graduation and the 150-year relationship between the University and Bermuda, the Mount Allison Alumni Relations Office organized a cruise to Bermuda in June.

“Mount Allison and Bermuda have long had a special relationship and we wanted to do something memorable to mark this significant anniversary,” says Carolle de Ste-Croix, director of alumni relations. “Instead of having Bermuda alumni come to us, we decided to take a group of alumni to visit them. It was an incredible experience and the Bermuda alumni welcomed us so warmly. It was nice to see the connection is still strong 150 years on.”

Since Toddings attended Mount Allison a century and a half ago, hundreds of Bermudians have graduated from Mount Allison, including three members of the Class of 2017.