DR. IAN GILCHRIST (’56) and JOYCE (MACLEOD) GILCHRIST (’56), now living in Yellowknife, attended the MtA 60th class reunion and at the same time celebrated their 60th wedding anniversary there on May 15. They had been married at noon on graduation day in the old chapel in the Centennial building. Also attending the reunion were PEGGY (MACLEOD) HAWKES (’55), who had been the maid of honour, and her husband Robert Hawkes, who had been the best man. In attendance at both events, as well, were Joyce’s sisters: BETTY (MACLEOD) GAMBLE (’59), and LILLILAN (MACLEOD) CYR (’64).

LARRY BLACK (’58) writes, “Glad to see that I haven’t made it to the ‘In Memoriam’ section yet. As proof, my 52nd book has just appeared in print: The Return of the Cold War. Ukraine, the West and Russia, co-edited with Michael Johns. I have come full circle — retiring after 30 years at Carleton University, I am now associated with Laurentian University, where I started in the late 1960s. P.S. I like the online edition.”

PENNY (PEEL) TERCEIRA (’59) writes, “Over May 13-15, 2016 the Class of ’59 joined with all 1950s classes for Reunion Weekend. Our dozen members present thought the ’50s era get together was a great idea! At our class meeting, our President RON STRANGE welcomed us all and thanked us for returning to campus. BIM BUSHELL was presented with honorary membership into our class. Also present was University Advancement staff member Susan Smith, who gave us an update on our Class Bursary Fund. This fund has grown to over $200,000 and this past academic year four scholarships were awarded to deserving students. We urge you not to forget our Class Bursary Project when contributing to the University. Later in the day all returning members from the 1950s received The Charles Frederick Allison pin at an impressive ceremony at Convocation Hall with Senator CATHERINE CALLBECK (’60) and former Board of Regents member SCOTT MCCAIN (’78) presenting the pins. During the Alumni Banquet that evening our Class President, Ron, was recipient of the Charles Frederick Allison Award.”

Alumni from several classes had a summer gathering at CATHERINE CALLBECK'S  (’60) home this summer. Photo submitted by HARRIET MEACHER (’60).

KATE BRAID (‘67) published a new edition of her first poetry book in fall 2015, Rough Ground Revisited. She has also co-edited with Sandy Shreve a second, expanded edition of In Fine Form: A Contemporary Look at Canadian Form Poetry (Caitlin Press, 2016). The first edition, published in 2005, was hailed as “a paradigm shift” and “ground-breaking” and is used extensively by writers, readers, and teachers. Having retired from teaching at Malaspina UC (now Vancouver Island University) she divides her time between Vancouver and Pender Island.

SUSAN (RODENHISER) CAMERON (’67) has a new novel just out. A Fragment of May was launched in Halifax this past August. The central character is 23-year-old Anne Dunlop, who has left some early failures and disappointments behind her in Toronto and returned ‘home’ to lick her wounds and figure out what her future path should be. The setting is largely Halifax, circa 1969, with some flashback scenes to her university years at MtA.

KAREN DUNNETT (’72) was recently elected as President of the Canadian Federation of University Women (CFUW). She headed the delegation from CFUW to the Graduate Women International (GWI) 32nd Triennial Conference in Cape Town, South Africa in August. GWI is a worldwide, non-governmental organization of women graduates, which advocates for women’s rights, equality and empowerment through access to quality secondary and tertiary education. CFUW is its largest affiliate.

JANE (SPURR) DAVIS (’73, ’75) has retired from decades of teaching in Bermuda. Husband, SCOTT DAVIS (’73), will retire next year and they will spend their retirement in Bermuda (with three grandsons) and in Florida.

ANDY MCKIM (’75), pictured centre, marked his 40th year working in professional theatre. He has been the artistic director of Theatre Passe Muraille in Toronto since 2007. Notably, in June, the Toronto Association for the Performing Arts awarded him the annual Silver Ticket Award for lifetime achievement. At this event he was joined by his wife MARILYN (KNIGHT) MCKIM (’73) and their son Robin. Marilyn just marked her 30th anniversary as an urgent action co-ordinator for Amnesty International Canada. 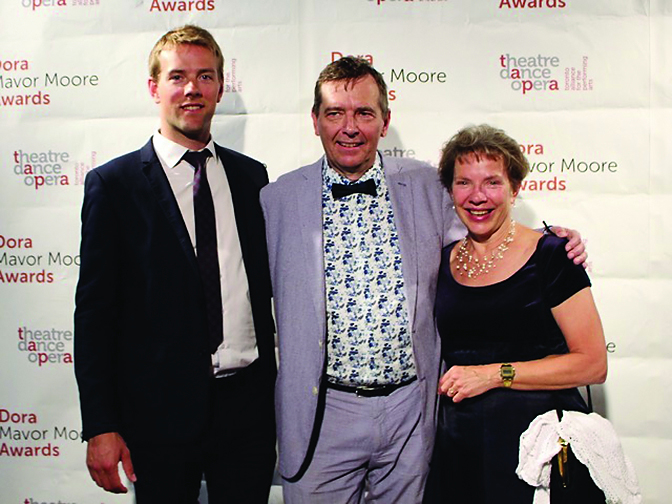 BARBARA TRENHOLM (’76) is a professor emerita at the University of New Brunswick. She was recently appointed to the International Development Research Centre’s board of governors. She also serves on the boards of NB Power and Plaza Retail REIT. Barbara and her husband, BRIAN (’74), reside in Fredericton.

ANNETTE VERSCHUREN (’78), received an honorary degree from Saint Mary’s University in May 2016.

DEAN JOBB'S (’80) latest book, Empire of Deception: From Chicago to Nova Scotia – The Incredible Story of a Master Swindler Who Seduced a City and Captivated the Nation won the Chicago Writers Association and Crime Writers of Canada awards for nonfiction. Dean is a professor in the MFA in Creative Nonfiction program at the University of King’s College in Halifax.

PHIL FINE (’80), and Ruth Esther Fine recently moved from Nahariya in northern Israel to Old Katamon, a neighbourhood in Jerusalem. 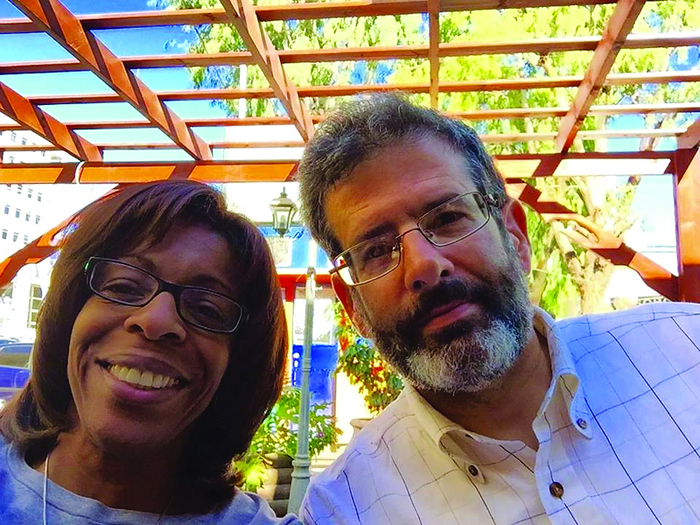 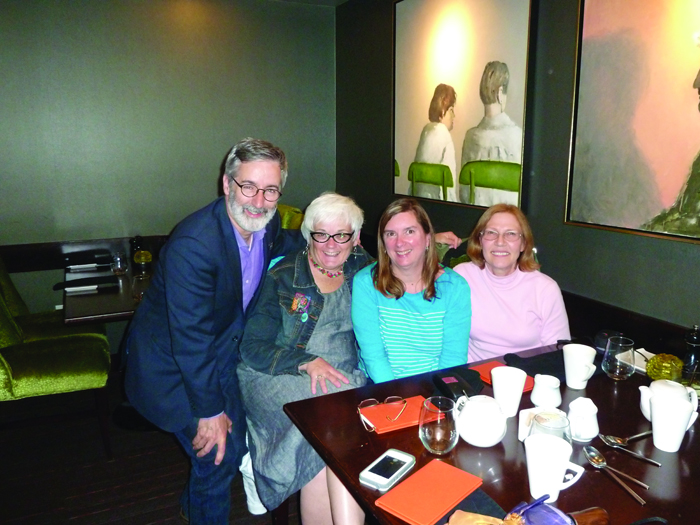 RICK COLBOURNE (’84) received a Fulbright Award from Fulbright Canada in July 2016. Rick will be the Visiting Research Chair in Indigenous Entrepreneurship at the University of Arizona.

ROSS MURRAY (’88) self-published his first novel in September. It’s called A Hole in the Ground and is set in the fictional town of Beaverly, Petawodimocto County in what may or may not be New Brunswick. It is available through Blurb.ca. Ross still lives in Stanstead, QC with DEBBIE BISHOP (’90).

After 13 years with CBC Radio (11 years as recording engineer/ producer with CBC Radio 2 and two years as associate producer/ technician with CBC Radio One) in Ottawa, SHANE BRYANTON (’90) has left the Corps to become Senior Audio Conservator with Library and Archives Canada.

RICHARD MACLEOD (’90) has been appointed as Registrar of Athabasca University and recently completed his MBA. He and his wife Heidi just had their third daughter.

PATRICK LO (’92) published a new book in June 2016, with Rowman & Littlefield Publishing Group. This new book is entitled: Conversations with the World’s Leading Orchestra and Opera Librarians. The foreword of this book is written by Fabio Luisi, a Grammy Award-winning Italian conductor.

A group from the Class of 2001 grabbed an informal photo at Reunion 2016. From left to right: CHRISTINA (DONATO) WILLIAMSON, KATE (GRAHAM) BRITTON, CHRIS WADDY, and KRISTA HARRISON.

BECKY (MCEACHERN) LETT (’02) writes, “After many years of term positions and gaining experience working in non-profits, I have finally settled in to a permanent full time position with the Province of Manitoba as a policy analyst in the Consumer Protection Branch, Department of Justice. The door is always open for Allisonians coming through Winnipeg.”

DR. VICTORIA LAMB-DROVER (’05) celebrated the completion of her PhD in history at the University of Saskatchewan this spring. Vickie now serves as a senior administrator at North West College and lives in North Battleford, SK with her husband DOUG DROVER (’05), and three children Grace, Sam, and Jack. 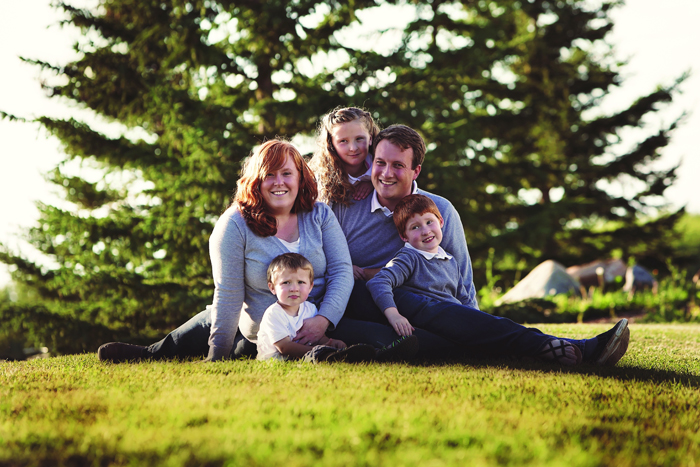