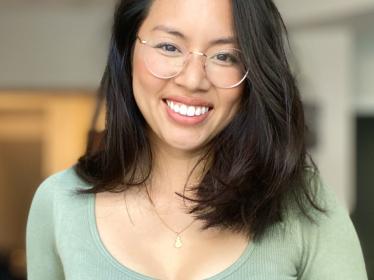 Cassandra Tran is a PhD candidate in the Department of Classics at McMaster University. She received a BA in Classical Studies in 2013 at Queen’s University and went on to complete an MA in Classics in 2016 at McMaster University. Her doctoral dissertation titled “Gender manipulation and comic identity in Roman Comedy” triangulates gender, comic, and social identity in the plays of Plautus and Terence by investigating the destabilizing effects of gendered transformations on individual characters and the comic structures within which they operate. She has a forthcoming publication in a collective volume on migration and citizenship that is based on this research, and her dissertation project will be featured in the Emerging Scholars series at the NYU’s Center for Ancient Studies.

Cassandra’s research interests broadly include Roman and Greek Comedy, gender and sexuality in the Ancient Mediterranean world, and Latin poetry (late Republican and early Imperial). She is especially interested in the intersectionality of identity, particularly what the literary study of the subaltern in popular entertainment reveals about the socio-cultural worldviews of the playwrights and their contemporary audience.