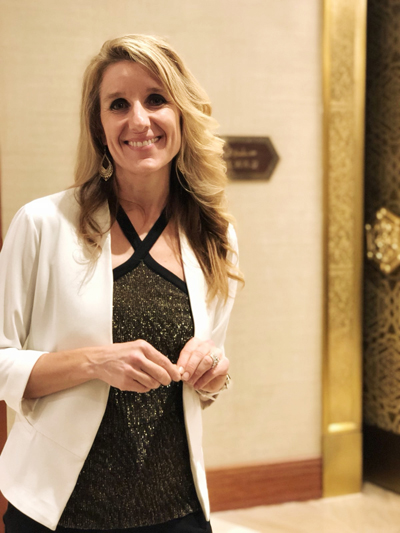 Shawna Garrett will join the Mount Allison University community as its new Registrar starting August 19. Garrett is replacing long-time Registrar Christine Parker, who is retiring after a 22-year career at Mount Allison.

Originally from the Maritimes, Garrett comes to Mount Allison from the College of the North Atlantic-Qatar where she is the Registrar. She has held similar positions at NSCAD University and Acadia University and has worked in a number of roles in the area of international and student affairs. She has also worked as a superintendent, principal, and dean at international schools in Japan and China. Garrett holds degrees from the University of Prince Edward Island, Acadia University, and is currently completing her PhD.

“Shawna’s experience and expertise in the secondary and post-secondary education sectors in Canada and abroad make her an ideal addition to the Student Affairs team,” says Kim Meade, Mount Allison’s Vice-President, International and Student Affairs. “The Registrar’s office plays a key role in the student experience through important services such as academic advising, course registration, scholarships and financial aid, through to Convocation. This office works with every Mount Allison student throughout their degree.”

Meade also thanked Chris Parker for her dedication and leadership in the Registrar’s office.

“Chris has such extensive experience and institutional knowledge,” says Meade. “We would like to thank her for her leadership in the Registrar’s office over the past two decades and for continuing to work with us over the summer to assist in this transition period on campus.”

The Registrar’s office is an integral part of the student experience throughout their university career. Working with the Admissions team, the Registrar’s office handles many files including: applications to the University; scholarships, bursaries, and financial aid; tuition payments; course registration and timetables; academic advising and degree planning; transcript and transfer requests; exam schedules; and Convocation.